I work in both retail and freelance photography, am in my 30's and currently study with the OU having completed studies in European politics.
cdmarsden has written 2 posts for Politics on Toast

The Tories are ruthless: Is it inevitable they’ll scalp Cameron?

Don't be nice, Dave. They're ruthless

History is replete with examples of the Conservative Party orchestrating the demise of its leader. Cameron will survive the phone-hacking scandal. But they are bound to get him for something, writes Colin Marsden.

The phone hacking scandal that has engulfed the Prime Minister will not likely lead to his resignation, he is safe for now, but the Tory party is ruthless when it comes to removing leaders that no longer look like they are winners. END_OF_DOCUMENT_TOKEN_TO_BE_REPLACED

Europe and the Tories 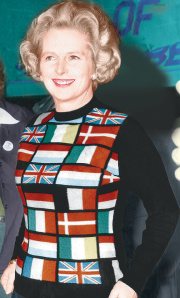 Before she became eurosceptic

The subject of European integration has always troubled the Conservative Party, to the extent that it cost Thatcher her leadership. With the single currency and possibly the European Union itself teetering on the brink, how would its collapse affect the Conservative-led government, wonders Colin Marsden.

The debt crisis in the Eurozone may yet spell the end for the single currency, at least in its present configuration. The logic is that the currency area must fully intergrate economically or abandon the Euro. Will or can European political union survive the crisis? The Conservative Party and indeed “Conservatism” has tended to be seen as Euro-sceptical but, from Macmillan to Cameron, Conservative governments have led the process of ever closer union with our European nieghbours. END_OF_DOCUMENT_TOKEN_TO_BE_REPLACED