chrissmithwriteshere has written 5 posts for Politics on Toast

Regular readers may have noticed how I have recently been despairing about the fear of values and integrity characteristic of the Labour party and the mainstream British left in general. I now turn my attentions to art and culture. Particularly music which has been worrying me for END_OF_DOCUMENT_TOKEN_TO_BE_REPLACED

The continuing and unsuprising crisis of capitalism

Financial crisis has been with us since 2007. Not much is changing. Have the established forms of capitalism failed? Chris Smith urges us to think about the economy from a progressive perspective.

Global capitalism continues to lurch from one crisis to the next, just as any good Marxist account of reality tells you it is destined to do. The US, the world’s largest economy and lynchpin of global capitalism is having its credit rating downgraded for the first time in its history. Whether this downgrade by one ratings agency turns out to be as universally damaging to the workings of END_OF_DOCUMENT_TOKEN_TO_BE_REPLACED

One penny to join the Labour Party: How it went wrong for New Labour

The value of Labour Party membership

Labour’s inducement to military veterans to join for a measly penny is the epitome of Labour’s loss of identity and desperation for popularity by any means. Chris Smith argues that the Labour Party can only be saved by an honest figure such as Tony Benn who has clearly defined beliefs and principles; someone who knows that the Party should stand for the working-classes.

The Labour Party has announced it will be offering party membership to military veterans for just 1p. The move is intended to capitalise on growing disillusionment with the Tories among the END_OF_DOCUMENT_TOKEN_TO_BE_REPLACED 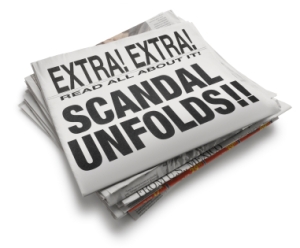 The first large scandal I can remember is the Iraq war; the dodgy dossier, the death of Dr David Kelly and the END_OF_DOCUMENT_TOKEN_TO_BE_REPLACED

Healthcare: Why we shouldn’t fear the cry “Americanisation”

It is fashionable for the left to criticise America and use it as an example to ward off changes to British policy, especially when it comes to healthcare. Our criticisms and stereotypes of Americans are not helpful and actually hinder British policy-making, writes Chris Smith.

Is Britain inextricably becoming more like America? Do we want to become more like America? These are accusations and challenges we have been hearing increasingly (from various sections of political society) since the coalition took power last May and embarked on its path of public service reform. END_OF_DOCUMENT_TOKEN_TO_BE_REPLACED