I am a recent graduate in International Relations, and currently I'm completing my Masters degree in International Relations (Security) at the University of Birmingham. My primary interest lies in British foreign and defence policy, as well as US and Chinese politics, but I also maintain a healthy interest in all aspects of British politics.
Christian Walker has written 5 posts for Politics on Toast

China, the United States and the timeless Relevance of Geostrategy 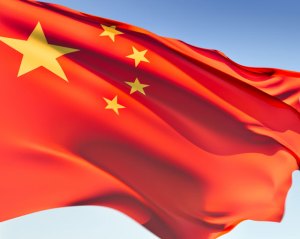 This article may not be for everyone: it is about one of the issues you probably don’t read about in the newspaper, and certainly won’t see covered on the television, so it comes across as a bit of lesson, rather than an opinion piece. But it deals with big, important issues you need to know about.

You have been warned. END_OF_DOCUMENT_TOKEN_TO_BE_REPLACED

Crime in Britain is aided by the liberal-left. As is crime in Gotham City.

Gotham City, it could be London

The suburbs surrounding Gotham City are populated with wealthy, well-intentioned, well-educated people who make excuses for the criminals in Gotham City. Christian Walker describes the parallels between Batman and Britain and tells us exactly how the liberal-left created the conditions for the August Riots.

One of my favourite comic books is ‘The Dark Knight Returns’, by Frank Miller. It is considered (one of the) blueprints for much of the grittier, harder-edged comic book adaptions you now see at the END_OF_DOCUMENT_TOKEN_TO_BE_REPLACED 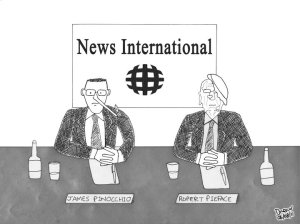 News International @ 10 by A. Hamilton-Thomas

In the Murdochs’ big showdown against the Culture, Media & Sport Committee, it was the Committee which ended up losing on points. But the biggest loser in the fallout from the phone-hacking scandal will be Ed Miliband, writes Christian Walker.

Rupert and James Murdoch’s appearance before the Commons Culture, Media and Sport Committee had all the trappings of a prize fight in Las Vegas (albeit with Andrew Neil taking the place of Don King). The narrative in the run-up to their appearance sought to paint Murdoch as a monarchical tyrant; an unrepentant titan of the media industry, ill-served by the END_OF_DOCUMENT_TOKEN_TO_BE_REPLACED

We live in especially interesting times, internationally. This is because we are witnessing the rise of a new global power in the form of China; a rise which could culminate in the eclipse of American power (initially economically, later militarily) at some undetermined point in the future – all things being equal, certainly during the lifetime of our children. ‘What about India’, you say. Good point. A key reason for the focus on China owes to the unique challenges China’s rise poses to the global community – challenges of a very serious and fundamental nature, which are (thankfully) absent when considering India’s rise. END_OF_DOCUMENT_TOKEN_TO_BE_REPLACED

Britain is to become, in the words of International Development Secretary Andrew Mitchell, a “foreign aid superpower”. The Department for International Development’s (DfID) budget of £7.9 billion is one of a few select areas of government spending being ring-fenced from the coalition’s cuts programme, and David Cameron recently committed to increasing the budget still further.

It is known that a lot of DfID money is misspent, often given to despots without any real oversight (or serving to worsen the situation the aid is trying to repair, as occurred in the case of Ethiopia). However, this cannot and should not obscure the fact that some of it is spent well and, in those instances, it saves lives. END_OF_DOCUMENT_TOKEN_TO_BE_REPLACED