RSS feed for this section
This category contains 15 posts

Republicans: It's not too late to pick a winner

If the latest poll is to be believed, Americans are crying out for change. They’re fed up with a Congress which almost forced a debt default, they’re appalled by the debt, the deficit, and now the downgrade, but most of all, they’re angry at President Obama’s inability to ease unemployment, despite his enormous economic stimulus package.

So forget what Obama used to say in 2008, if Republicans pick the right candidate next summer, 2012 will be the year END_OF_DOCUMENT_TOKEN_TO_BE_REPLACED

State Rape: It’s not just the Catholic church which has sex abusers

The Catholic church has rightfully been criticised for its harbouring paedophiles and protecting them from the law. However, child rape is also happening at an alarming rate in schools, including State schools. Yet it goes under-reported. James Garry asks why?

Suzanne Harrison, aged 38, faces the possibility of a jail sentence for having an affair with a fifteen year old girl. Ms Harrison is a school teacher. The fifteen year old was one of her pupils.

When I read this story in the papers, I got the feeling that over the past END_OF_DOCUMENT_TOKEN_TO_BE_REPLACED

Right of Reply: Capital punishment does not contradict Christian scriptures

The capital execution of christ

My debate with Mr Schrader took an interesting Biblical turn, which I want to make the main thrust of this argument. A few things beforehand:

I wonder what our friends in the Middle East and the Maghreb are calling the riots that are diffusing through London and now the other cities of the country? The Albion Spring? The Rose Revolutions? Seeing as the English people are so unhappy with their government, would it not be fair to expect the Syrians or the END_OF_DOCUMENT_TOKEN_TO_BE_REPLACED

Old Demons: Will Europe always have to tackle Anti-Semitism? 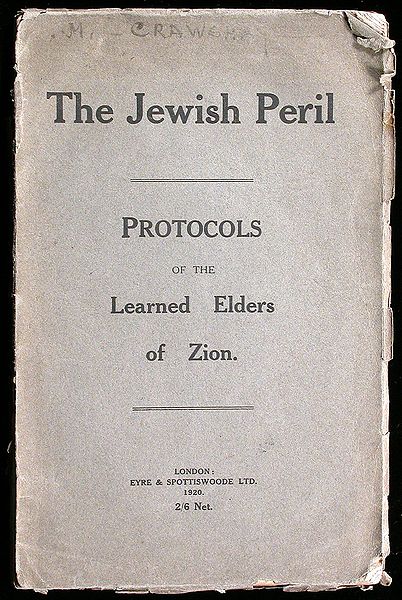 An English translation of the protocols.

Seventy years on from the holocaust and the conviction that this must never happen again, Jewish people are suffering persecution and prejudice all over the globe. Often the hostility towards Jews is masked as a hostility towards the politics of Israel. Daniel Willis tells us why this is a dangerous attitude.

It has not yet been seventy years since the liberation of the European Jews from the catastrophe that was the Holocaust. Yet now, it would seem many countries in the West are witnessing (and promptly neglecting) the return of an overwhelming sickness of the mind; a new breed of Anti-Semitism for the twenty first century, and it bears an uncanny resemblance to the old one. END_OF_DOCUMENT_TOKEN_TO_BE_REPLACED

“Beckham’s face filled the screen, filled the room. Rob had driven past the giant hoarding over the motorway a few weeks ago. He’d driven for miles, worrying about the game against the mosque and the election, worrying about his dad END_OF_DOCUMENT_TOKEN_TO_BE_REPLACED

Right of Reply: Get our editor a ‘Death Penalty Supporter Card’ and hold him to it

Thou shalt not kill

On the 5th of August, James Garry wrote a piece outlining his support for the reinstatement of the death penalty. A.P. Schrader cares to disagree and tells us why Garry is wrong and also why it is wrong to kill people for their crimes.

A rather distressing development has occurred. In its infinite wisdom, Her Majesty’s Government launched a new ‘e-petitions’ site. The obviously fatuous (one might almost say ‘Blairesque’) idea behind this innovation is that any ‘e-petition’ that secures over a hundred thousand signatures will be “eligible for debate in the House of Commons”. It is a mind-bogglingly stupid idea and, one END_OF_DOCUMENT_TOKEN_TO_BE_REPLACED

To reverse the message of Pieter Brueghel’s painting of Icarus’ death, END_OF_DOCUMENT_TOKEN_TO_BE_REPLACED

Why incest is still the ultimate taboo and should remain so

Families form the bedrock of society

Incest is wrong whether looked at from a religious viewpoint or from a scientific one. So why are acts of incest, while rare, occurring with more frequency? A.P. Schrader investigates.

Earlier this week, a 47-year-old man and his daughter were both gaoled for the second time for having sex. Sentencing the pair for their latest offence, Judge James Burbidge said : “There appears to have been a relationship that involved genuine affection, but it was also an illicit relationship, a relationship that is regarded as abhorrent to society at large.” END_OF_DOCUMENT_TOKEN_TO_BE_REPLACED 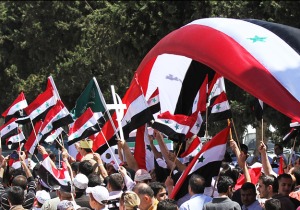 I oppose all wars that are not in the national interest and condemn them as a waste of life. The wars that Britain has fought in the last fifteen years – Kosovo, Sierra Leone, Iraq, Afghanistan, Libya –  leave me perplexed. They are all liberal-interventionist wars. Wars waged by a nation END_OF_DOCUMENT_TOKEN_TO_BE_REPLACED