RSS feed for this section
This category contains 16 posts 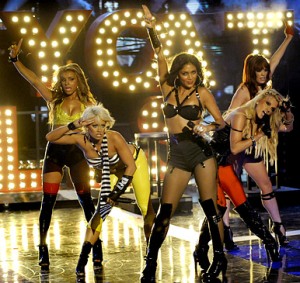 Regular readers may have noticed how I have recently been despairing about the fear of values and integrity characteristic of the Labour party and the mainstream British left in general. I now turn my attentions to art and culture. Particularly music which has been worrying me for END_OF_DOCUMENT_TOKEN_TO_BE_REPLACED

Britain has become savage and barbarian. Order must be restored.

Following the riots and some of the aftermath from Berlin cast a perspective that was both troubling and uplifting.

Troubling because the orgiastic delight in wanton destruction on display in London and elsewhere is echoed in the sadistic grins of Nazis tormenting Jews in the photographs in Berlin’s extensive network of Holocaust sites; both, notwithstanding the irony that Hitler’s stormtroopers would have seen themselves as biologically superior to many of 2011’s rioters, remind us of the fragility of our civilisation. END_OF_DOCUMENT_TOKEN_TO_BE_REPLACED

Johanna Sällström: Wallander wasn’t the same without her 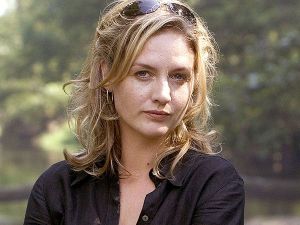 Wallander is one of the most successful televisual outputs from the Nordic countries. Its second series has just finished its run on BBC4. James Garry explains that second series was inadequate compared to the first, because it lacked its tragic star Johanna Sällström.

The outspoken Dr David Starkey is in trouble for his analysis of black culture which he made on the BBC in response to the August Riots. A.P. Schrader tells us where he went wrong.

It seems that famed Right-wing telly historian David Starkey has landed himself in hot water. At least, if the lefty liberal ‘Twitterati’ are to be believed. You would be forgiven for thinking that Dr END_OF_DOCUMENT_TOKEN_TO_BE_REPLACED

A review of the August riots

The August riots have died out and the streets have returned to calm. Politics On Toast’s contributors came out unanimously in opposition to the rioters. No  sociological thinking was professed, no excuse making: The rioters were to blame. However, there was still contention within the ranks. Here is a review of Politics On Toast’s opinions:

Claire Porthouse was first to report on the August Riots when they were concentrated in the Tottenham area, immediately following the killing of Mark Duggan. In What The Tottenham Riots Have Shown Us Porthouse argued that the police were right to shoot dead Mark Duggan and that the looters and rioters were in the wrong both legally and morally. With some quarters of the British public liable to uncivilised mayhem, she says that we need a strong police force more than ever. END_OF_DOCUMENT_TOKEN_TO_BE_REPLACED

These riots present David Cameron with the opportunity to convince us that Britain is broken and to do something about it. We should help Mr Cameron and not hinder him by complaining, writes Olivia Jackson.

As a nation, we don’t tend to go in for rioting and looting: it’s not our style. But several very British aspects of the disorder seem to be emerging. END_OF_DOCUMENT_TOKEN_TO_BE_REPLACED

Thugz Mansion – Manchester and the Riots

A scene from the Manchester riots

Reporting from Manchester, Alex Patnick examines the rioting that has broken out in the North West.

By now, you may be bored of reading about the riots but I would like to ‘throw in my two cents’ as the Americans say. This site, and most of the press, has been concentrating on the London riots, but what about the rest of the country? There were riots in Birmingham on the last two nights, Manchester and Salford, West Bromwich and Wolverhampton. END_OF_DOCUMENT_TOKEN_TO_BE_REPLACED

The Tories were right: our society is broken 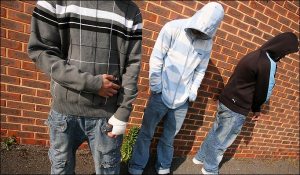 A lack of hope is only part of the explanation

The August riots prove that David Cameron is right: Britain is broken. The question is this: how do our politicians fix it? David Vaiani reports.

Judging by the scenes of mayhem on our television screens, it is probably safe to assume that David Cameron will not be feeling the urge to hug a hoodie any time soon. Nor, one suspects, will he be exhorting others to do so, as he once did. All the same, David END_OF_DOCUMENT_TOKEN_TO_BE_REPLACED

The Rise of the Underclass: The gloves need to come off in tackling the riots

The Tottenham riots diffuse throughout London. The cause of the riots – the killing of Mark Duggan by an armed officer – is almost forgotten. We are seeing that these riots have no political agenda. Rather, it is just low thuggery and criminality. Our politicians need to get tough, writes A.P. Schrader.

As I write this I am very tired. In fact, tired is not the right word really. END_OF_DOCUMENT_TOKEN_TO_BE_REPLACED

“Beckham’s face filled the screen, filled the room. Rob had driven past the giant hoarding over the motorway a few weeks ago. He’d driven for miles, worrying about the game against the mosque and the election, worrying about his dad END_OF_DOCUMENT_TOKEN_TO_BE_REPLACED