RSS feed for this section
This category contains 8 posts

The UK Riots: A Simple Case of Jealousy and the Problems of Democracy

The recent UK riots in no way can be justified. Indeed, those who seem to be justifying are left leaning ‘experts’ or so called liberals. What the riots have made apparent is this way of thinking needs to stop. Indeed, if we continue on this path then it may be the case that scum in society may get away, literally, with murder.

The riots were not disaffected young people trying to END_OF_DOCUMENT_TOKEN_TO_BE_REPLACED

Six months and on almost 100,000 casualties, over half murdered by Gaddafi, what’s next for Libya?  The first thing is for the National Transitional Council to unite the separate factions.  While most Libyans support them the ‘rebels’ are still very un-united in how Libya will be ruled.  They will have to ensure Libya remains one country and that people do not try to take advantage.  The other major obstacle will be to ensure END_OF_DOCUMENT_TOKEN_TO_BE_REPLACED

Why Liberty are right to work alongside the police 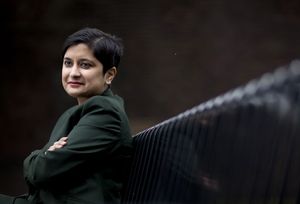 Liberty have come under attack from various left-wing groups for working with the police. Sean McHale offers his defence of Liberty.

Liberty, the independent campaigns organisation which seeks to protect civil liberties and promote human rights for everyone has been under attack over recent months from a series of left-wing groups (including Fitwatch and Network for Police Monitoring) who hold END_OF_DOCUMENT_TOKEN_TO_BE_REPLACED

Right of Reply: Get our editor a ‘Death Penalty Supporter Card’ and hold him to it

Thou shalt not kill

On the 5th of August, James Garry wrote a piece outlining his support for the reinstatement of the death penalty. A.P. Schrader cares to disagree and tells us why Garry is wrong and also why it is wrong to kill people for their crimes.

A rather distressing development has occurred. In its infinite wisdom, Her Majesty’s Government launched a new ‘e-petitions’ site. The obviously fatuous (one might almost say ‘Blairesque’) idea behind this innovation is that any ‘e-petition’ that secures over a hundred thousand signatures will be “eligible for debate in the House of Commons”. It is a mind-bogglingly stupid idea and, one END_OF_DOCUMENT_TOKEN_TO_BE_REPLACED

The UN and Syria – A hypocrisy in action 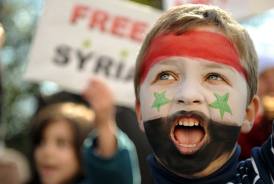 The UN are hypocrites not intervening in Libya

The United Nations have involved themselves in intervention or peace-keeping in the Balkans, the Ivory Coast, Afghanistan, the Lebanon and in the Israel/Palestine conflict. And, of course, Libya. Yet they are disinclined to intervene in Syria. Is this hypocrisy of the first order? Alex Patnick asks.

As many of you will have read or seen on TV, in recent days, the Assad regime in Syria has been besieging and occupying the town Hama as well as attacking Deraa and committing END_OF_DOCUMENT_TOKEN_TO_BE_REPLACED

The recent news to come from Venezuela indicated that the populist President Hugo Chavez is suffering from bowel cancer. Despite having a tumour approximately the “size of a baseball” removed in late June he has recently found it necessary to return to Cuba for possible chemotherapy or radiation treatment, as was announced last week. Whilst still maintaining an iron grasp on the country, the recent revelations have sparked debate not only regarding the health of the President, but END_OF_DOCUMENT_TOKEN_TO_BE_REPLACED

South Sudan – The revelry and perils for a new nation 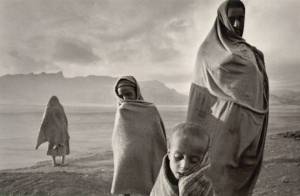 On the ninth of July, the former Republic of Sudan split to form Sudan and the new Republic of South Sudan. It is inevitable that some people will disregard this ‘unimportant nation’ as no news of any concern at all but I think that is pitifully naïve, and here is why. First, before it split, it was the largest country in Africa, with a potentially huge emerging market for businesses and entrepreneurs who were willing to go into the warzone. Secondly, since the current president of Sudan (the old president of the two combined countries) is wanted for crimes against humanity and genocide against the South Sudanese.

This split is, if nothing else, a triumph of diplomacy to avoid such mass scale killings. Thirdly, the combined international importance of the oil wealth in South Sudan alongside being blacklisted by USA as a sponsor of END_OF_DOCUMENT_TOKEN_TO_BE_REPLACED

We live in especially interesting times, internationally. This is because we are witnessing the rise of a new global power in the form of China; a rise which could culminate in the eclipse of American power (initially economically, later militarily) at some undetermined point in the future – all things being equal, certainly during the lifetime of our children. ‘What about India’, you say. Good point. A key reason for the focus on China owes to the unique challenges China’s rise poses to the global community – challenges of a very serious and fundamental nature, which are (thankfully) absent when considering India’s rise. END_OF_DOCUMENT_TOKEN_TO_BE_REPLACED