RSS feed for this section
This category contains 7 posts

Boris Johnson: Another four years as mayor and then Party leader?

Boris Johnson: What's in his head?

With a second term of London mayoralty looming for Boris Johnson, A.P. Schrader asks whether another four years as London Mayor is necessary to shed his buffoon image? And, with the shedding of the buffoon image, what are his prospects for party leadership?

What is Boris up to? It is a question I find myself pondering more and more of late as the Mayor of London continues to run foul of his END_OF_DOCUMENT_TOKEN_TO_BE_REPLACED

Crime in Britain is aided by the liberal-left. As is crime in Gotham City.

Gotham City, it could be London

The suburbs surrounding Gotham City are populated with wealthy, well-intentioned, well-educated people who make excuses for the criminals in Gotham City. Christian Walker describes the parallels between Batman and Britain and tells us exactly how the liberal-left created the conditions for the August Riots.

One of my favourite comic books is ‘The Dark Knight Returns’, by Frank Miller. It is considered (one of the) blueprints for much of the grittier, harder-edged comic book adaptions you now see at the END_OF_DOCUMENT_TOKEN_TO_BE_REPLACED

The English riots – Why do we make excuses for them? 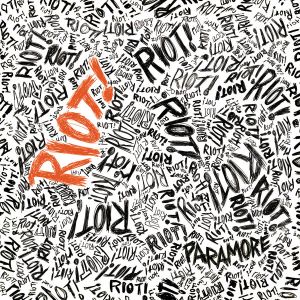 After the riots, all we hear are excuses. In this excoriating attack against our excuse-culture, Christopher Wheeler tells us what really is wrong with our society.

The Riots in England last week were a disgrace and reflected badly on not just the image of the United Kingdom but also the society we live in.  However, we must forget that the looters and rioters involved were totally to blame for their actions and it is a sickening sight to see people trying to excuse the inexcusable. END_OF_DOCUMENT_TOKEN_TO_BE_REPLACED

The riots serve to highlight the madness of Red Ken 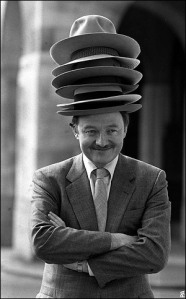 Red Ken: Mad as a hatter

Of all the tripe talked about the riots, there is no tripe ranker than that talked by Red Ken Livingstone. His attempts to blame the Conservatives and the cuts show either a cynical has-been resorting to cheap politics or a man increasingly detached from reality. Ellis Wiggins reports.

Many words have been written and many hours have been filled with commentary on the riots which seized the country over the last few days, with analysis of how this situation can be resolved, how it can be prevented from happening again, and why on earth David Cameron had the audacity to take a holiday. Amongst it all, chattering away on every news outlet he could find, lurked a creature of the Left we had long since thought we had finally put to bed. END_OF_DOCUMENT_TOKEN_TO_BE_REPLACED

The Tories were right: our society is broken

A lack of hope is only part of the explanation

The August riots prove that David Cameron is right: Britain is broken. The question is this: how do our politicians fix it? David Vaiani reports.

Judging by the scenes of mayhem on our television screens, it is probably safe to assume that David Cameron will not be feeling the urge to hug a hoodie any time soon. Nor, one suspects, will he be exhorting others to do so, as he once did. All the same, David END_OF_DOCUMENT_TOKEN_TO_BE_REPLACED

The Rise of the Underclass: The gloves need to come off in tackling the riots

The Tottenham riots diffuse throughout London. The cause of the riots – the killing of Mark Duggan by an armed officer – is almost forgotten. We are seeing that these riots have no political agenda. Rather, it is just low thuggery and criminality. Our politicians need to get tough, writes A.P. Schrader.

As I write this I am very tired. In fact, tired is not the right word really. END_OF_DOCUMENT_TOKEN_TO_BE_REPLACED

The recent news to come from Venezuela indicated that the populist President Hugo Chavez is suffering from bowel cancer. Despite having a tumour approximately the “size of a baseball” removed in late June he has recently found it necessary to return to Cuba for possible chemotherapy or radiation treatment, as was announced last week. Whilst still maintaining an iron grasp on the country, the recent revelations have sparked debate not only regarding the health of the President, but END_OF_DOCUMENT_TOKEN_TO_BE_REPLACED