US Elections: The latest from the Republican race

Luke Cahill gives us the lowdown on the latest developments in the race to become the Republican candidate.

The quadrennial poll taken during the state fair in the little town of Ames, Iowa always makes headlines. The straw poll was won by native Iowan, Michele Bachmann with the libertarian Ron Paul, coming second. However, the report notes that of the 6,000 ballots that were handed out by the Bachmann campaign team, “only four in five of those who took them voted for her, meaning they either skipped the vote END_OF_DOCUMENT_TOKEN_TO_BE_REPLACED 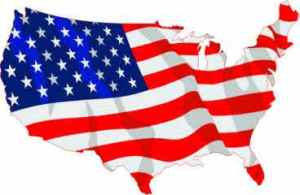 America is a country founded on Puritan morality and has always been viewed as a socially conservative country. However, with the changing opinions about abortion and homosexual marriage among the population, socially conservative politicians must adjust to these changes to have a chance of winning over the public, writes Luke Cahill.

One of America’s founding principles was that of religious liberty. The belief that a person could practice any religion they chose as long as it was not to the detriment of others. This was however END_OF_DOCUMENT_TOKEN_TO_BE_REPLACED

Is the GOP bound to lose?

The Republican Party is in disarray and its leading candidates for the 2012 elections are way behind Obama in fundraising. Obama’s image-management is far better too than anything the Republicans can manage. It will be even worse for the Republicans if the US defaults on his debt, writes Luke Cahill.

As the talks to raise the debt ceiling proceed before the 2nd of August deadline, the 2012 election cycle rumbles on, the first fundraising returns are in and they reveal a predictable picture. END_OF_DOCUMENT_TOKEN_TO_BE_REPLACED