RSS feed for this section
This category contains 25 posts

China, the United States and the timeless Relevance of Geostrategy

This article may not be for everyone: it is about one of the issues you probably don’t read about in the newspaper, and certainly won’t see covered on the television, so it comes across as a bit of lesson, rather than an opinion piece. But it deals with big, important issues you need to know about.

You have been warned. END_OF_DOCUMENT_TOKEN_TO_BE_REPLACED

Republicans: It's not too late to pick a winner

If the latest poll is to be believed, Americans are crying out for change. They’re fed up with a Congress which almost forced a debt default, they’re appalled by the debt, the deficit, and now the downgrade, but most of all, they’re angry at President Obama’s inability to ease unemployment, despite his enormous economic stimulus package.

So forget what Obama used to say in 2008, if Republicans pick the right candidate next summer, 2012 will be the year END_OF_DOCUMENT_TOKEN_TO_BE_REPLACED

Time for a cigarette: How smokers are being persecuted

A group of five American tobacco companies have sued the Food and Drug Administration (FDA) over the graphic warnings that are placed on the cigarette (and presumably other tobacco products) packaging. Their argument? The images are part of a wider FDA plan to curb smoking in the US, which requires companies to promote the government’s anti-smoking agenda – which the tobacco END_OF_DOCUMENT_TOKEN_TO_BE_REPLACED 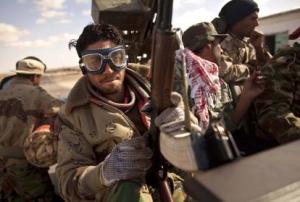 Six months and on almost 100,000 casualties, over half murdered by Gaddafi, what’s next for Libya?  The first thing is for the National Transitional Council to unite the separate factions.  While most Libyans support them the ‘rebels’ are still very un-united in how Libya will be ruled.  They will have to ensure Libya remains one country and that people do not try to take advantage.  The other major obstacle will be to ensure END_OF_DOCUMENT_TOKEN_TO_BE_REPLACED

US Elections: The latest from the Republican race

Luke Cahill gives us the lowdown on the latest developments in the race to become the Republican candidate.

The quadrennial poll taken during the state fair in the little town of Ames, Iowa always makes headlines. The straw poll was won by native Iowan, Michele Bachmann with the libertarian Ron Paul, coming second. However, the report notes that of the 6,000 ballots that were handed out by the Bachmann campaign team, “only four in five of those who took them voted for her, meaning they either skipped the vote END_OF_DOCUMENT_TOKEN_TO_BE_REPLACED

Time to secure your legacy Obama 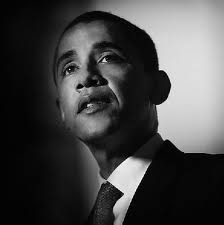 Barack Obama is enjoying a resurgence in popularity since the assassination of Osama bin Laden. Yet this was happenstance. Could Obama’s legacy rest on him raising petrol taxes to reduce the America deficit? Asks Luke Cahill.

When Barack Obama was elected to the presidency, many compared him unfavourably to Jimmy Carter. There are some similarities to Carter’s four years in office. Like Obama, Carter’s election was as a result of a violent swing against the Republicans, after President Nixon’s actions and then END_OF_DOCUMENT_TOKEN_TO_BE_REPLACED

The environment must be protected

Five years on from An Inconvenient Truth and the explosion of environmental concern, Lena Miteyko provides a timely reminder of why we need to return to Al Gore’s message and save our environment from disaster – even if it means deprioritising the economy.

Which side do we take? Do we veer towards maintaining the beauty and well being of the Earth, or do we concede to the attraction of END_OF_DOCUMENT_TOKEN_TO_BE_REPLACED

Yingluck Shinawatra is a woman – and it doesn’t matter 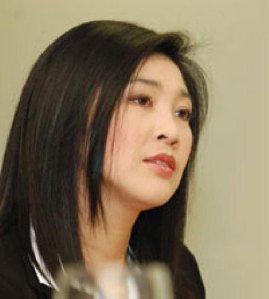 Yingluck Shinawatra is Thailand’s first female prime-minister. She has a difficult job to do. Claire Porthouse reports.

Thailand has just achieved the feminist milestone of its first female prime minister – and finally the media coverage has its priorities right.

Having a female leader is a milestone in feminist terms. In fighting for equal rights for women, most feminists would also fight for an equal chance to have a female leader as they would a male one. Much of the coverage about the US elections that brought Barack Obama into power END_OF_DOCUMENT_TOKEN_TO_BE_REPLACED

The continuing and unsuprising crisis of capitalism

Financial crisis has been with us since 2007. Not much is changing. Have the established forms of capitalism failed? Chris Smith urges us to think about the economy from a progressive perspective.

Global capitalism continues to lurch from one crisis to the next, just as any good Marxist account of reality tells you it is destined to do. The US, the world’s largest economy and lynchpin of global capitalism is having its credit rating downgraded for the first time in its history. Whether this downgrade by one ratings agency turns out to be as universally damaging to the workings of END_OF_DOCUMENT_TOKEN_TO_BE_REPLACED

Is China’s rise inevitable… or will it be short-lived?

Shanghai - a city built before its blueprint was complete

The money may be on China soon becoming the world’s biggest superpower, but is the future as rosy for the Chinese as is commonly predicted? Luke Cahill examines China’s success with caution.

After the US debt deal was passed just in time, Congress rightly came in for heavy criticism. China, through its official news agency, Xinhua, questioned the US political system. Many in Chinese government see the debt deal, exemplifying the problems the United States faces, as END_OF_DOCUMENT_TOKEN_TO_BE_REPLACED